The Cape - The Richard Burton Suite

Romance in the County! 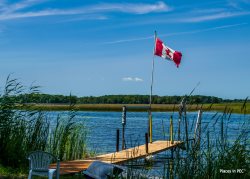 The sprawling Georgian manor was built in 1863 as a private residence. Owned by George McMullen, a Boston railway tycoon, the residence greeted Prime Ministers and dignitaries. It was here that the plot to overthrow the government of Sir John A MacDonald in the 1875 Pacific Scandal was likely hatched. Generous campaign donations were considered to be an effort to influence the government in awarding the lucrative Pacific Railway contract.

If your group is more than two people, consider booking both the Elizabeth Taylor and Richard Burton Suite for up to 4 people or ask us about renting the whole Cape mansion to ensure privacy for you and your guests, total sleeping accommodations for 8.

There are no Guest Reviews at this time. Please try back soon.

Jump to a Rental